"Tarot is a wonderful tool. I will welcome you as you enter its rich world of images and clues to help you discover your best possible self. The Tarot's insights can point to directions your life is taking and choices you can make that can craft the future you envision." - Catherine 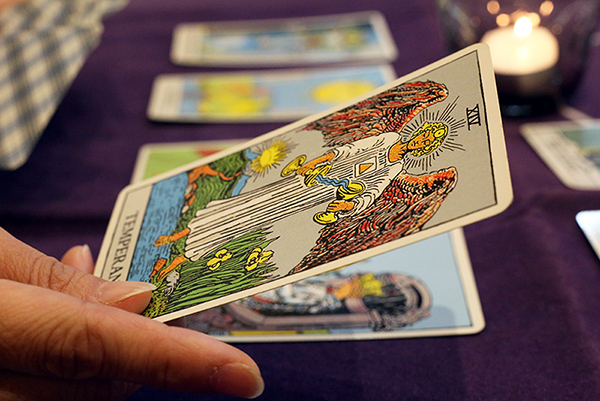 There are many theories about the ancient science of Tarot and it’s origins.  Some historians trace the tarot’s emergence to Spain, others to southern France while still others believe its roots lie in Egypt or China. There is no clear historical record, but the Tarot does appear to draw on many of these cultures.  Perhaps along the way, the Tarot was influenced by a particular culture and evolved accordingly.

The first deck was attributed to the the court of King Charles VI of France in 1392, but it is believed to be much older than that.  The images of the tarot reflect pagan roots but the many decks draw on many influences and many spiritual traditions. What really counts in a reading is the skill and intuition of the reader.  Tarot is a complex symbolic system that taps into our unconscious storehouse of meaning and memory. It has survived for so long because it acts as a bridge to universal wisdom of patterns, trends and possibilities.  This unconscious potential, seems to form into manifestations when we, the seeker, participate in its language of archetypes from our collective consciousness. The fools journey through life is our journey. Innocent and lacking experience we embark on this journey gaining wisdom and experience and having to make choices to realize our desires and vision.

All Tarot Readings can be done in person, over the phone, or on Skype. In addition, Catherine will send you a picture of your Tarot Reading as a keepsake, and so that you can continue to use the symbols and archetypes of your Reading to improve and deepen your life!
40.00

A detailed psychic reading about your life. You will have additional time to ask follow-up questions.

Explore everything that is happening in your life. Clients enjoy this type of reading the most. Before the reading write down the subjects you want to discuss, so you can